With The Shrew in Craców, Jens Henrik Jensen lay the foundation for his extensive career as a writer and introduced something as un-Danish as an international main character in an international intrigue. The CIA agent Jan Jordi Kazanski has many faithful readers who would like to meet him again.

When called back to duty after a forced sick leave, CIA agent Jan Jordi Kazanski finds himself in the middle of a deadly game. An old Polish contact from the Cold War days asks the CIA for their help on a big case. In return, the source, only known by the name of The Shrew, has offered information about the murder of a highly placed Russian agent in Moscow.

In Craków, Kazanski meets a young Danish businesswoman, Xenia Pizlo Larsen. They are attracted to each other, they expose each other and end up following the same track.

The Shrew turns out to be a legend in Craków's criminal world and Kazanski is not the only one looking for her. However, the problem is that seemingly The Shrew has no wish to be found. Moreover, American agents, as well as the Russian Mafia, wish to see Kazanski dead. 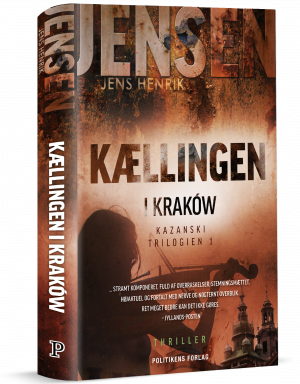