The Jester in Murmansk

Two men cross the polar circle at the same time. One is CIA agent Jan Jordi Kazanski. The other a mysterious Russian, who is transported to Murmansk under cover in a Danish truck.

In the Russian nuclear harbor, a game of high tension between the intelligence services of several countries has begun after a macabre catch of a local fisherman: A chopped off arm with a tattoo, which leads the CIA towards evidence of illegal dumping of nuclear waste in the Barents Sea.

While Kazanski gropes his way in the winter dark harbor town following an increasingly bloody track, the Russian is preparing for his own mission. Behind the scenes, other actors are getting ready to enter the stage. One of them is a female Russian lieutenant, another is an eccentric albino, who seems to control Murmansk: the Jester… 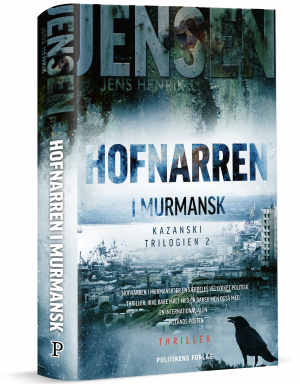