A small aeroplane crashes when attempting an emergency landing during a violent storm. An angry Nina Portland has been asked to investigate the accident as a routine matter. It turns out to be anything but routine: A top-secret passenger was on board but has now disappeared.

Despite her merits, highly respected Inspector Nina Portland is taken off the investigation and assigned to a routine case: a private jet has crashed on the west coast of Jutland, killing one person. At first a routine investigation for Nina, several circumstances surrounding the crash soon point to foul play.

As the gang war culminates in a family tragedy, a group of top-level intelligence officers show up. The plane crash case takes a turn for the mysterious as Nina discovers that one of the people on board was a top secret passenger who has seemingly vanished into thin air.

In the midst of a looming international scandal, Nina is thrust into the most chaotic days of her life. As truths and lies become increasingly fuzzy, a shady figure watches in the wings, plotting to strike ...

The Ghost Prisoner is Jensens third and last novel with DI Nina Portland from Esbjerg Police as the main character. 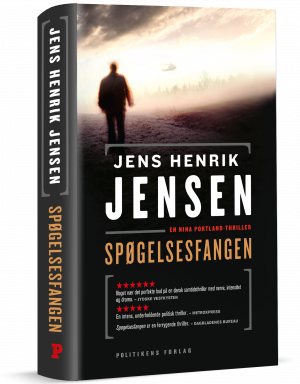