A body hidden in a mountain of coal and an autistic person on the run. For Nina Portland the story about the coal man begins with the pursuit of a number of unrelated clues, unaware that she is being watched.

Detective inspector Nina Portland’s new case begins when a dead body turns up in a mountain of coal in the harbour of Esbjerg. Soon another body is found in a summer cottage along the coast. Both men have been tortured and murdered.

Nina Portland discovers that the murdered men have been in touch with a young man from Esbjerg, Ib Munk, who suffers from Asperger’s syndrome, a form of autism. Ib has been working for a Danish photographer who has recently died in a traffic accident in Turkey, and it seems that Ib has something that is worth killing for. Now, he is on the run.

While trying to find and protect Ib Munk, Nina Portland soon finds herself a hunted prey. The trail of the killers lead her to a deserted wildlife reserve off the coast of Jutland, and from there to Berlin and to the teeming city of Istanbul where the trail seems to end. But when the final showdown comes, it finds Nina at home, and by then, not only her own life is at stake … 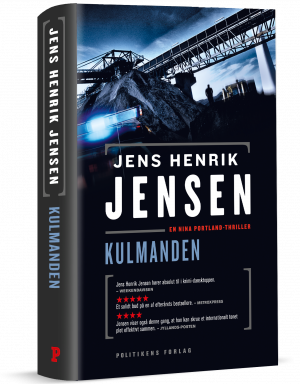