Nina Portland comes across a string of dangerous clues when she is drawn into an old mystery about a number of axe murders on board a ship. It becomes a dangerous showdown with the past. The novel is partially inspired by real-life events.

While attending a police course in Estonia, Detective Inspector Nina Portland stumbles upon the trail of a Russian sailor who was the main suspect in a mysterious case from her first years in the police force. The sailor was charged with murdering the crew of a ship that was found drifting in the North Sea, but he was acquitted because his guilt could not be proven in court.

Intent on solving the old mystery, Nina Portland follows the trail. It first leads her into the Estonian winter, then to London and Scotland and back to Esbjerg and her own past, where lies and secrets she didn’t know about float to the surface.

Ninas private investigation, however, has alerted both the British secret service and Islamic fundamentalists, and when she finally realizes that her wish to settle her account with the past endangers her life, it is too late for her to back out …

The Axe Ship is volume 1 in The Portland Trilogy. 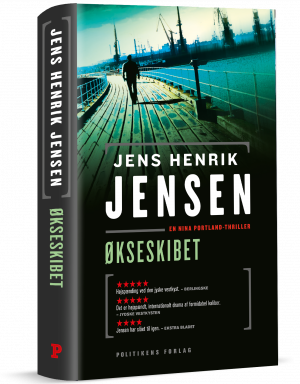