War veteran Niels Oxen leaves his quiet life in a flat in the Copenhagen suburb of Vangede to enter a wolf’s territory on the heath in Jutland.

Oxen is there to solve what appears to be an easy task for the former head of PET, Axel Mossman: He has been asked to search for a 76-year-old former head of department who has disappeared from his farm.

Oxen, who is haunted by his dysfunctional relationship to his son, finds a mysterious lead on the ramshackle farm near Harrild Heath. The lead takes him further and further into the darkness, where different types of wolves are lurking.

The lead also takes Oxen back to the past of his old partner at PET, Margrethe Franck; a past that is much more dangerous and secret than anybody would dream of.

Lupus is an independent volume in the story about the war veteran and former special soldier Niels Oxen.
The book can be read independently of the other books in the finished Danehof Trilogy: Hangdogs, The Dark Men and The Frozen Flames. 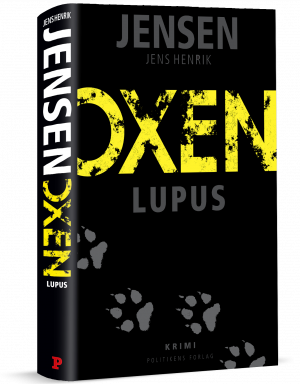