The war veteran Niels Oxen leaves Copenhagen and wanders deep into Rold Forest to camp and find peace. Suddenly he finds himself accused of murder and involved in a case with hanged dogs and murdered dog owners.

Niels Oxen, the highest decorated soldier ever to serve in the Danish army, is now scraping a living in north-west Copenhagen. The traumatised war veteran collects bottles for deposit money and lives off the refuse from supermarkets.

In the hopes of vanquishing his inner demons, the former special forces soldier heads to Northern Jutland to set up camp in the forest and lead a simple life. But the dream turns into a nightmare.

After a nightly visit to a medieval castle on the edge of the forest, he becomes a suspect in the murder of the castle owner, a former ambassador and founder of an influential think-tank.

The Danish Security and Intelligence Service arrive conspicuously early and, before the veteran has time to act, he and unorthodox agent Margrethe Franck are involved in the investigation of a series of mysterious murder cases linked by a single puzzling element: hanged dogs. 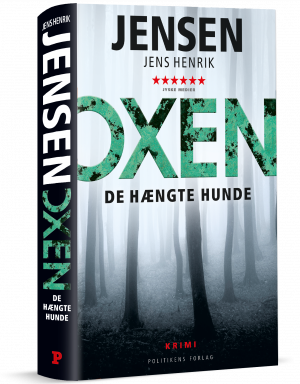