Racial riots, assassinations and arson are everyday events in the European Union, where nations are crumbling as a result the influx of refugees, social instability and unemployment.

The time has come for The Viennese Ring. The secret Nazi organization is responsible for acts of terror in several countries and has paved its way towards political and economic power without being noticed. Their aim is a closed Europe for the chosen ones.

Working undercover in the neo-Nazi groups of Berlin, a female agent from the intelligence service suddenly has access to top secret documents. Information that could expose the Wiener Ring, overturn the government – and cost her life.

On the coast of Danish island Anholt, five amateur divers are salvaging a treasure from a sunken Nazi submarine from the Second World War. Thus, they are unintentionally drawn into the fatal drama when faced with Nazis from The Viennese Ring. 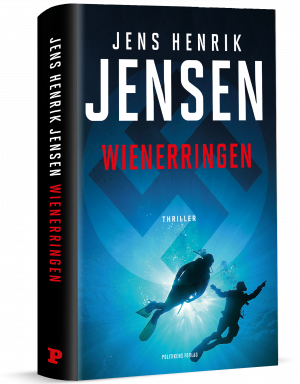